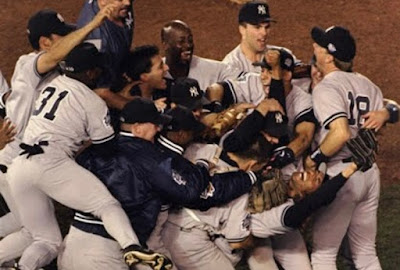 Through 51 Games:
2022 Yankees: 36-15
Game 49: Tuesday night: Yankees 9, Angels 1 (NYY: 34-15)
The Yankees wasted no time going to work against Angles starter, ex-Met Noah Syndergaard, in the first inning. Anthony Rizzo and Gleyber Torres each had RBI doubles, and Matt Carpenter, in his home debut as a Yankees, had the big blow, a two-run home run that made it 4-0.
They tacked on another in the second when DJ LeMahieu had an RBI double to open up a 5-0 lead.
Syndergaard left after 2 1/3 innings, in which he allowed five runs (all earned) on seven hits and a walk, with no strikeouts. His record fell to 4-3 with a 4.02 ERA.
Jordan Montgomery got the start for the Yankees, and he was wonderful throwing seven innings, in which he allowed one run on four hits and a walk, with four strikeouts, to earn his first win of the season (his record is 1-1) and lower his ERA to 3.04.
Game 50: Thursday afternoon: Game 1: Yankees, Angels (NYY: 35-15)
The Yankees rolled to another easy win over the Angels in the first game of Thursday's doubleheader. They wasted no time against Angels starter Shohei Ohtani, as Matt Carpenter led off with a home run that snaked around the right field foul pole, and then, with two outs, Gleyber Torres hit a solo shot of his own to right to make it 2-0.
Aaron Judge hit a solo shot, his league-leading 19th homer of the season, in the third to make it 3-0, and they chased Ohtani with a rally in the fourth, in which Marwin Gonzales doubled home one of the runners Ohtani was responsible for when he departed.
The Yankees put it away in the fifth when DJ LeMahieu led off the frame with a solo shot, and then Miguel Andujar got an RBI on a sacrifice fly.
That was more than enough for Nestor Cortes, who threw seven shutout innings, allowing no runs on five hits and two weeks, with seven strikeouts. He is now 5-1 on the season with an outstanding 1.50 ERA.
Game 51: Thursday night: Game 2, Yankees, Angels (NYY: 36-15)
Yankees starter Jameson Taillon was superb in this one, as he threw seven perfect innings, and it was broken up by a Jared Walsh double to open the eithth inning. This was the longest a Yankee took a perfect game since Chien-Ming Wang opened his start on May 5, 2007 against Seattle with 7 1/3 innings.
Walsh scored on a two-out RBI single by Kurt Suzuki that made it 1-0.
The Yankees responded in the bottom of the eighth against Oliver Ortega, as Miguel Andujar got a one-out doubled and Isiah Kiner-Falefa walked, and then with Archie Bradley in for the Angels, Anthony Rizzo lined one up the middle that ricocheted off the mound to bring them both home and make it 2-1 Yankees.
Clay Holmes worked around a walk in the ninth to earn his seventh save of the season.
1998: 38-13
Game 49: 37-12 - May 30, 1998: Red Sox 3, Yankees 2
The Yankees got a run off Boston starter Bret Saberhagen in the bottom of the third when Jorge Posada got an RBI single.
Boston responded against Yankee starter Hideki Irabu in the fourth when Mo Vaughn launched a two-run homer, and in the seventh, when Lou Merloni had an RBI single that made it 3-1.
The Yankees got a run back in the bottom of the eighth when Paul O'Neill got an RBI single off Boston closer Tom Gordon.
Gordon would hang in there, and pitched two innings to earn his 19th save of the season.
Saberhagen, who used to pitch for the Mets, went 6 2/3 in this one, allowing one run on five hits and two walks, with six strikeouts, to improve to 6-3 on the season.
Game 50: 37-13 - May 31, 1998: Boston 13, Yankees 7
The Red Sox put up 11 runs in the third inning in this one, started by a Nomar Garciaparra two-run double.
A Darren Bragg RBI single that made it 6-0 knocked out Yankee starter Andy Pettitte, and with Darrren Holmes on in relief, Jason Varitek got a two-run double, followed by an RBI single for Garciaparra and a two-run single for Mo Vaughn to make it 11-0.
The Yankees got a run back in the fourth, followed by a Joe Girardi three-run homer off Boston starter Pedro Martinez in the sixth, and three more in and seventh to pull within 11-7.
In the ninth, Boston's Darren Lewis got a two-run single off Todd Erdos to make it 13-7 and put the game away.
Martinez went 5 2./3 innings, allowing four runs on eight hits and two walks, with six strikeouts, to improve to 6-1 with a 2.63 ERA.
Pettitte went just 2 2/3 innings, allowing eight runs on six hits and two walks, with four K's, to drop to 6-5 with a 4.88 ERA.
Game 51: 38-13 - June 1, 1998: Yankees 5, Chicago White Sox 4
The Yankees lived up to their Bronx Bomber nickname in this one, as Jorge Posada and Chad Curtis had solo home runs, and Tino Martinez hit a two-run shot to stake them out to a 4-1 lead.
Albert Belle got a run back for Chicago when he hit a solo shot in the top of the sixth against Ramiro Mendoza, and Robin Ventura got a two-run double off Mariano Rivera in the eighth to tie it at 4.
The Yankees won it in the bottom of the tenth when Tim Raines worked out a two-out walk, and scored on a double by Chad Curtis.