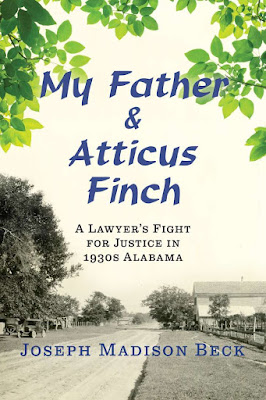 My Father & Atticus Finch: A Lawyer's Fight For Justice in 1930s Alabama
By Joseph Madison Beck
W.W. Norton & Company, Inc.
When one thinks of an intrepid lawyer defending a black man accused of rape in the South, one thinks of Atticus Finch in the landmark novel To Kill a Mockingbird.
The thing is there were figures in real life in the South during the time Mockingbird was set, including Foster Beck.
Joseph Madison Beck tells the story of his father's courageous defense of a black man in South Alabama.