The Red Bulls were cruising on their way to another victory on Sunday afternoon at Red Bull Arena.
They got goals from Gonzalo Veron, off a feed from Sacha Kljestan, in the 30th minute, and Bradley Wright-Phillips in the 54th minute on a slick pass from Daniel Royer to make it 2-0. 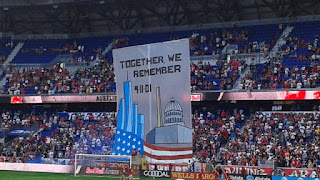