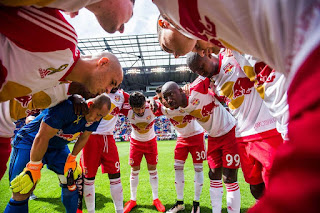 The Red Bulls will be looking to continue their run of dominance under head coach Jesse Marsch that has seen them win the Supporters' Shield in 2015 and finish with the best record in the Eastern Conference last season.
They enter this season with a new look, as Sacha Kljestan will be the captain after Dax McCarty was traded in the offseason.
After losing the CONCACAF Champions League quarterfinal the the Vancouver Whitecaps on Thursday, the Red Bulls open the MLS season with a match at Atlanta United FC on Sunday, March 5 at 7:30 p.m., with coverage on FS1, Fox Deportes and Red Bulls Radio.