With autumn upon us, there will be cool nights that you can curl up with a book, and in this review, we will look at four novels that will be perfect for the occasion: We Know You Remember, by Tove Alsterdal; The World Played Chess, by Robert Dugoni; Fault Lines, by Emily Itami; and What Passes As Love, by Trisha R. Thomas. 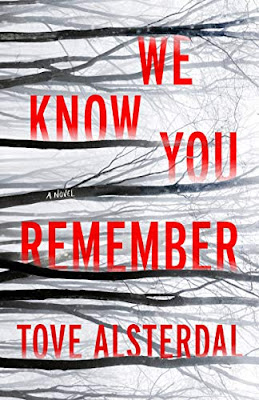 We Know You Remember - The High Coast Series: Volume Number 1

Tove Alsterdal is a literary star in her native Sweden, as she has published five bestselling thrillers that have been praised. Her debut novel, The Forgotten Dead, was released in 2009, and in 2014, she won the Best Swedish Crime Novel of the Year Award for The Disappeared.

In the fall of 2020, Alsterdal launched the High Coast Series, a classic procedural crime series that features Eira Sjodin, and is set in the stunning coastal region of northeast Sweden.

We Know You Remember is the first book in the series, and it was awarded the 2020 Swedish Crime Novel of the Year Award and was shortlisted for the Swedish Book of the Year Award. It was inspired by a real-life case in 1985 that came to change the law regarding rape as well as how police handle child suspects. The novel is set in present times, but the past has the characters in its grasp.

Alsterdal says of her compelling work, "I wanted to write about memory and forgetting - to me these are central themes of the crime genre; what we remember and if we really remember the truth. Can you ever forget a crime? How long does such a thing stay with you?"

The novel opens with Olaf Hagstrom driving along the northern coast of Sweden, through blue-tinged mountains, when he makes a sudden turn into the small town he grew up in. It's the first time he's been there in twenty years, and when he arrives at his childhood home, something is amiss. A dog is barking endlessly inside, water is running down the beat-up facade, and Olaf finds the key where it's always been, under a stone.

When Olaf enters the house, he sees the dog panicking, there's a terrible stench, and water is pooling on the floor. He draws back the shower curtain in the bathroom, and the sees his father, Sven, a man he has not been in contact with for nearly two decades, has died.

Police investigator Eira Sjodin has recently left Stockholm to return to her childhood home in the Adalen region of Northern Sweden to care for her mother who is slipping into dementia.

When Eira is sent to investigate the suspicious death of an elderly man, bad memories from her childhood come back. She was just nine years old when Olaf Hagstrom was found guilty of raping and murdering a local girl named Lina Stavred. The case left a gaping wound in the town's collective memory and brought a fear to Eira's own childhood.

Olaf was just 14 years at the time, and since he was too young to be sentenced, he was sent to a youth home. His family severed all ties with him, and he never was seen in the town again until now.

Eira's search for Sven Hagstrom's killer will draw her back to the Lina Stavred case, and what she uncovers is sure to shock the town and her own family. 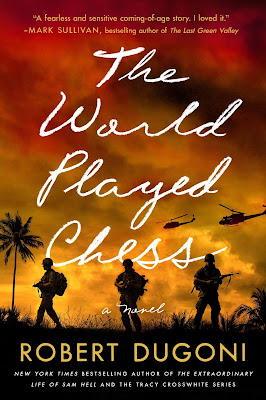 Robert Dugoni is the critically acclaimed New York Times, #1 Wall Street Journal, and #1 Amazon bestselling author of the Tracy Crosswhite series, the Charles Johnson Series, and the David Sloane series. Since 2013, he has sold more than six million books, and My Sister's Grave and The Eighth Sister have been optioned for television series development. Most of Dugoni's works are popular spy and legal thrillers, and he pivoted into contemporary fiction with The Extraordinary Life of Sam Hell, which was a young man's coming of age story.

Readers who discovered Dugoni with Sam Hell will be delighted by his new novel, The World Plays Chess, which is his most personal work of fiction to date. It is loosely based on Dugoni's own experience the summer working before going to college at Stanford and facing pending adulthood. Dugoni says, "The title comes from an old adage, "The world played chess while I played checkers. Sometimes we know a little, we are not even playing the same game everyone else is playing."

It is a poignant and thought-provoking account of young man's unlikely friendship with a world-weary Vietnam veteran during the summer of 1979.

Told from the perspective of the narrator as a young adult, and then as a mature man and father facing his own son's departure for college, Dugoni weaves together powerful and often painful stories of a young soldier in combat during Vietnam. Forty years later, the narrator reflects on the lessons he learned about growing up and shaping one's own destiny.

Dugoni says of how his experience translated into this work, "Much in the story is true. My brother-in-law did get me a job on a construction crew with two Vietnam veterans, and I did learn a lot about myself and the bubble in which I was raised, but also how blessed I was to have a loving family, a warm home, and that bubble to protect me. I knew it couldn't last, and wouldn't last, and it didn't. I've fictionalized parts of the character and the story for dramatic effect, to show the education of Vincent and the realization of how little he knows. I think what translated the most was my naivete, my lack of experience that made me ill-prepared for the world rapidly invading my personal space.

On what fascinates him about the Vietnam War, Dugoni said, "My interest was first piqued when I heard the two veterans' stories when we would go out after work that pivotal summer. They would tell me things, and I would observe them and their demeanor. So that helped lay the foundation for my deep interest not just in Vietnam, but in the men and the women who served in a war unlike any that came before it. I read the book Nam by Mark Baker when it came out in 1981, and the stories the soldiers told fascinated me because I had already heard some of them, or versions of them, that summer of 1979. As part of the research for my novel, I read no less than 15 first-hand personal accounts of soldier's experiences in Vietnam. I read documents produced by the US Marines about the Vietnam War, as well as many newspaper and magazine articles, binders full. I watched documentaries, including the one by Ken Burns, and two dozen movies. When those stories began to repeat themselves, I knew it was time to put the story of William's experience in Vietnam to paper. I then asked several veterans to read the stories so I could be sure that I had captured the essence of the experience. 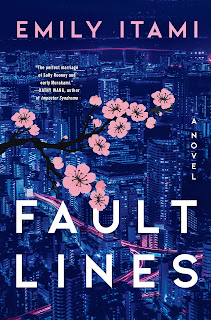 Emily Itami is a first-time novelist who grew up in Tokyo, where this novel is set, and not just because it's her home.

"I didn't feel like there was a huge amount of stories being told just about the ordinary lives that were being lived in Tokyo," Itami says. "And in terms of the story I wanted to tell, Tokyo was a really good setting, because it's still a culture that's quite traditional - even though it looks very modern."

Fault Lines explores marriage, motherhood, fidelity, and identity with humor and self-awareness. Mizuki is a Japanese housewife and mother of two adorable children, living with her hardworking husband in a beautiful Tokyo apartment.

It seems like it's everything a woman could want, but sometimes, Mizuki wonders if she would rather jump off the balcony than spend another evening not talking to her husband and hanging up laundry.

One rainy night, Mizuki meets Kiyoshi, a successful restaurateur, and she has rediscovered freedom, friendship, and the neon electric pulse of the city she has always loved. The further she dives into their relationship, she realizes she must make a choice. 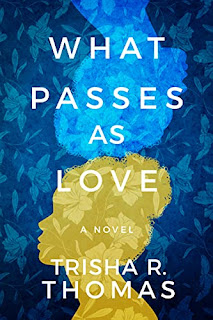 What Passes As Love

Trisha R. Thomas is a recipient of the Literary Lion Award from the King County Library System Foundation, was a finalist for an NAACP Image Award for Outstanding Literary Work, and was voted Best New Writer by the Black Writers Collective. Her debut novel, Nappily Ever After, is now a popular Netflix original film, and her work has been featured in O, The Oprah Magazine's Books That Made a Difference.

Thomas' new novel What Passes As Love is a beautifully written, deeply emotional and inspiring story about the search for the true meaning of family and identity.

The center of this compelling work is Dahlia Holt, a woman who lives in a world between black and white, and belongs to neither. She was born into slavery in 1850 with pale skin and a birthmark down the center of her back. She is rumored to be cursed among the quarters and finds it difficult to fit in.

Dahlia's father is the owner of Vestervulle plantation, and when he takes her to work in his home as a servant, she is desperately lonely. Dahlia never knew her mother, or what happened to her. Her half-sisters mistreat her, and she misses her best friend, Bo, who she was forced to leave behind.

Ten years pass before Dahlia meets Timothy Ross, an Englishman in need of a wife. She reinvents herself as Lily Dove, and allows Timothy to think she's white, with no family to speak of, and agrees to marry him.

She is aware of the danger of being found out, but she also knows she'll never have this chance at freedom again. Once settled into the Ross mansion, Dahlia soon finds herself held captive in a different way, as the dutiful wife of a young man who has set his sights on a political future.

Dahlia notes to herself, "Here, it seemed no better. Still unable to speak or think without caution." When Bo arrives on the estate in shackles, Dahlia decides to risk everything to save his life. With suspicions of her true identity growing and a bounty hunter not far behind, Dahlia must act or pay a devastating price.