Syracuse Back In The Pinstripe Bowl, Taking On Minnesota 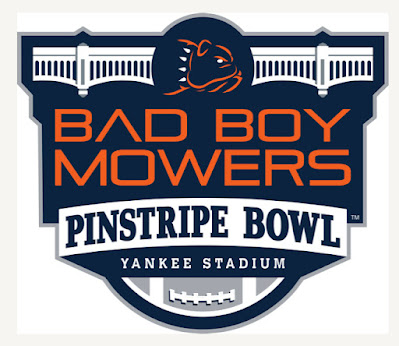 The Bad Boy Mowers Pinstripe Bowl, which is on Thursday, December 29 at 2:00 p.m. at Yankee Stadium, will feature Syracuse taking on Minnesota.

Syracuse will be the first team to partake in third Pinstripe Bowl since its inception in 2010, and it is the Orange's 27th overall bowl appearance. They will be the seventh different ACC team to play in the Pinstripe Bowl in the eight years of its partnership with the conference.

This season, Syracuse, led by Head Coach Dino Babers, was as high as No. 14 in the AP Top 25 this season, finished with a record of 7-5 overall and 4-4 in ACC play.

Syracuse is known for their high-powered offense, which put up 4,399 yards (1,714 rushing and 2,685 passing). Running back Sean Tucker, a sophomore, posted his second-straight 1,000-yard season, and he was a member of the All-ACC Second Team at running back and the Third Team as an all-purpose back. He rushed for 1,060 yards, third in the ACC, and 11 touchdowns, which was tied for fourth in the conference. He also caught 36 passes for 254 yards and two touchdowns. Tight end Oronde Gadsden II earned All-ACC First Team honors, as he set single-season program records at the tight end position for receptions (54) and receiving yards (891, sixth in ACC), and he also caught six touchdowns, tied for sixth in the conference.

Syracuse Director of Athletics John Wildhack said in the press release for the game, "We are delighted to play in the 2022 Bad Boy Mowers Pinstripe Bowl. We are honored to represent the ACC and are grateful to the Steinbrenner family, Randy Levine, Mark Holtzman and the entire Yankee organization. Playing in the media capital of the world and historic Yankee Stadium will be an experience our team and staff will cherish. We look forward to a great game versus the University of Minnesota."

Syracuse will also bring a big defense into the game, as they allowed just 22.7 points per game this season, and 338.8 total yards per game, both fifth-lowest in the ACC. Linebacker Marlowe Wax led the Orange with 89.0 total tackles, 52 solo tackles, and 10.5 tackles for loss. Linebacker and co-captain Mikel Jones, who is a junior made the All-ACC Third Team after he had 84.0 total tackles and 41 solo tackles, which were second-most on Syracuse, and he ranked third with 7.0 tackles for loss.

Syracuse Head Coach Dino Babers said, "We're thrilled to be invited to play in the Bad Boy Mowers Pinstripe Bowl. I'm excited for our players to travel to New York City and experience all the fantastic events that come with a bowl trip as a reward for what they accomplished this year. I'm also happy that our fans will have another opportunity to see us play in our home state after all their support this season."

Minnesota will be making their first appearance in the Pinstripe Bowl. They have won each of their last five bowl games since 2015 and will participate in their 18th bowl game in their last 24 seasons, dating back to 1999.

Minnesota went 8-4 this season, including 5-4 in Big Ten play, and they also were in the AP Top 25, at No. 21, during the season. Their run-heavy offense ranked second in the Big Ten, with 2,621 rushing yards, 32 touchdowns, and 218.4 yards on the ground per game. Running back Mohamed Ibrahim, a sixth-year senior, earned All-Big Ten First Team honors after he ranked second in the FBS in yards per game with 144.9, second in rushing touchdowns (19), third in rushing attempts (304), and fourth in rushing yards with 1,594.

Minnesota Head Coach P.J. Fleck said in the press release, "We are excited to face Syracuse in the Bad Boy Mowers Pinstripe Bowl. There is no place in the world like New York City, and I am looking forward to our team experiencing its vibrancy, culture and history. I am also excited for our team to compete against the Orange in Yankee Stadium, which is one of the most iconic and well-known sporting venues in the world. I have a tremendous amount of respect for Coach Babers and what he has done with his program, and I know our team is looking forward to competing again on Thursday, December 29."

Mark Holtzman, Executive Director of the Bad Boy Mowers Pinstripe Bowl, said, "We couldn't be more excited to host Minnesota and Syracuse student-athletes, staff and families at the 2022 Bad Boy Mowers Pinstripe Bowl. The holiday season in New York City will provide an unforgettable atmosphere for the entire week of bowl-related activities, and Yankee Stadium will provide a majestic stage for two fantastic teams. We look forward to adding to the legacy of 'New York's Bowl Game' with a first-time visit from Minnesota and in-state representative in Syracuse, who has already produced many magical moments at Yankee Stadium."