August is upon us, and many of you are probably thinking that it's time to get in some good summer reading. In this review, we will look at four fabulous works of fiction: Her Turn, by Katherine Ashenburg; The Stranger In The Mirror, by Liv Constantine; All Are Welcome, by Liz Parker; and Then She Vanishes, by Claire Douglas. 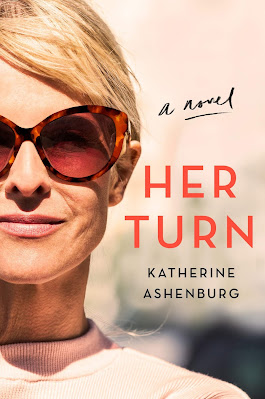 Katherine Ashenburg's debut novel is a story about a journalist who finds herself in an epistolary relationship with a woman who was married to her former husband.

Liz, who lives in Washington, DC, is the editor of My Turn, a weekly column in which readers write about their lives. She has had some interesting suitors, a good relationship with her teen-aged son, and has come to terms with her divorce, especially the shock and heartbreak that came with it.

One day, a letter comes in for her column that she can't ignore because it's from her ex-husband's current wife, otherwise known as "the other woman." The first letter begins a correspondence between the two women, but only Liz knows the truth about their connection.

As Liz continues to deceive her, readers will question how far she will take this unusual relationship and what will happen when the truth comes out. 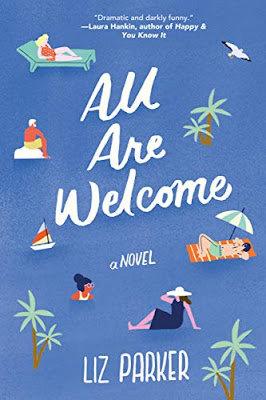 Liz Parker is a literary agent at Verve Talent & Literary, who has brokered deals for some of the most exciting names in publishing today, including Leah Remini, Susan Fowler, and Suzanne Rindell. She has written for the New York Times Modern Love column, and she lives in Los Angeles with her wife, Sarah, and their two dogs.

All Are Welcome is Parker's debut novel, a hilarious and keenly perceptive lesbian romantic comedy about a Bermuda destination on the brink of disaster. It has been recognized as one of Entertainment Tonight's Most Anticipated LGBTQ Books of 2021.

Tiny McAllister never thought she would get married, not because she didn't want to, but because she didn't think girls from Connecticut married other girls. Yet, she has arrived with Caroline, the love of her life, at their destination wedding on the Bermuda coast. Their respective families and a few choice friends are in attendance.

The conflict-phobic Tiny hopes it's a beautiful weekend with her bride-to-be, but as the weekend unfolds, it starts to feel like there's a skeleton in every closet of the resort. From Tiny's famly members, who find the world changing at an uncomfortable speed, to Caroline's parents, who are engaged in conspiratorial whispers, to their friends, who packed streets of their own, nobody seems to be entirely forthcoming. There also is a conspicuous no-show and a tempting visit from the past.

Parker says of this compelling, exciting novel, "The story started when two elements collided: the story's opening line, 'Tiny was actually tiny,' and my own family is not like the McAllisters, there is inevitable humor in challenging the status quo. I wanted to write a book that featured gay characters who weren't coming out - it was the characters around them who were still struggling. But I also think there is a spectrum of acceptance and growth that comes with a family's first gay child, and I wanted to shine a light on that process - a process that is challenging, at times frustrating, and often very funny." 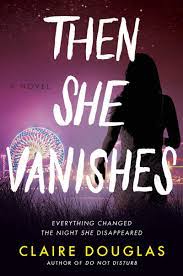 Claire Douglas has worked as a journalist for fifteen years, but she longed to be a novelist since she was just seven years old. She fulfilled that dream with her first novel, The Sisters, which won the Marie Claire Debut Novel Award.

Then She Vanishes, which centers on two sisters, a disappearance, murder, and a reporter determined to find the truth, is her fifth book with Harper Paperbacks. Told in the style in which the story alternates between past and present, Douglas takes readers on a memorable journey as a cold case from long ago is reopened.

In the summer of 1994, sixteen-year-old Flora Powell vanishes from a sleepy seaside town one night without a trace. Flora's mother, sister Heather, and Jess, who is Heather's best friend, are utterly heartbroken and unaware of what really happened, and are forced to move on in amidst a lot of unknowns.

It is a mystery why Heather, a loving and doting mother, would kill innocents.  This heinous crime is a shock to many people, especially Jess, who is now a reporter who needs to discover the truth and comes to terms with what happened. Jess returns to the hometown she left long ago to cover the case and search for answers.

Jess was like a sister to the Powell girls until the summer that tore everyone apart. What happened in the years since Flora disappeared, and what happened to the Heather she once knew? Most importantly, is there a connection between the double murder and Flora vanishing?

These questions haunt Jess, and it forces her to find the key that may unlock the mysteries involving both sisters. The search could end up revealing more, including a dark side to this idyllic place she thought she had known. 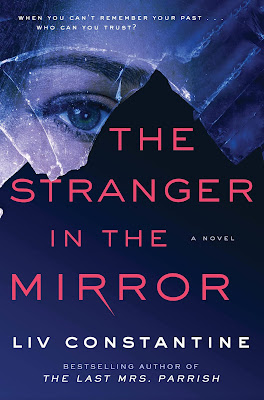 The Stranger In The Mirror

Liv Constantine is the pen name of sisters Lynne Constantine and Valerie Constantine, and they are the bestselling authors of The Last Time I Saw You, The Wife Stalker, and The Last Mrs. Parrish. Lynne, who lives in Milford, Connecticut, and Valerie, from Annapolis, Maryland, are national and international bestselling authors and their books have been translated into 27 languages, are available in 32 countries, and have been optioned for television and film.

The Strangers In The Mirror addresses questions of identity and memory, as well as the unreliable narrator trope, by creating a heroine who doesn't know her true self.

Addison is about to get marries, but she is not looking forward to the big day. Her finance, a wonderful man, is not the problem. The issue if more that she doesn't know who she really is.

A few years ago, a kind driver found Addison bleeding next to a New Jersey highway and rescued her. While her physical wounds healed, her memory never returned. She does not know her real name, how she ended up injured on the side of the road, or why she can't shake the notion that she may have done something very, very bad.

Meanwhile, in a posh home in the Boston suburbs, Julian tries to figure out what happened to his loving wife, Cassandra, who disappeared two years ago. There's no way she would have left him and their seven-year-old daughter Valentina - or would she?

As Addison and Cassandra's lives intersect, readers will be drawn into this riveting drama, which is told with Liv Constantine's unique blend of glamour, tense psychological thrills, and jaw-dropping twists.