There are few new novels out this month that are perfect to lose yourself in on a spring afternoon, hanging out in the park or at a coffee place, or having a lazy day at home: Nan Rossiter's Promises To Keep; The Other Side Of The Door, by Nicci French; All The Children Are Home, by Patry Francis; and A River Called Time, by Courttia Newland. 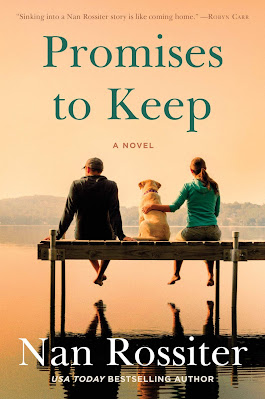 Nan Rossiter is the award-winning and bestselling author of seven novels, and her newest, Promises to Keep, is the second installment of the Savannah Skies series, a sequel to Promises of the Heart.

Set in Tybee Island off the Georgia coast, and it focuses on beloved characters Maeve and Gage as their relationship is tested by secrets they are keeping from each other.

Maeve, thirty-four-years old, loves her job at Willow Pond Senior Care, and her sister Macey thinks she is the only one can make working in a nursing home sound like fun. Maeve enjoys being around the sundowners, as she calls them, helping them navigate their senior years and brightening a time that can be, all too often, a lonely, sad stage of life.

Gage Tennyson, who's thirty-three years old, brings his mischievous yellow Lab, Gus, to whatever restoration job he is working on with Macey's husband, Ben, and loves Maeve with all his heart. He is a handsome country boy and a true southern gentleman.

As Maeve and Gage grow closer, they both sense that they haven't been completely forthcoming about their pasts. When she realizes that age might be planning to propose, she knows she must be finally be honest with everyone she holds dear.

Maeve can no longer live with the secret she's been dragging around like an anchor, and she knows the only way she will be free to build a lifetime relationship with Gage is to risk everything, including his (and her family's) love and respect. Before she finds the courage, her past comes back into her life in a shocking and unexpected way. 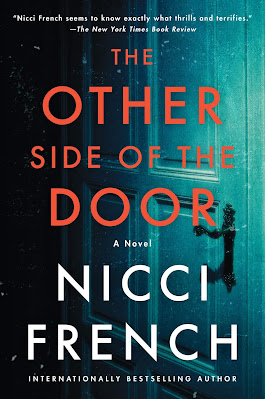 The Other Side of the Door

Nicci French is the pseudonym of English wife-and-husband team Nicci Gerrard and Sean French, and their acclaimed novel of psychological suspense including House of Correction and Losing You, have sold eight million copies worldwide.

In The Other Side of the Door, Bonnie Graham has spent her summer rehearsing to play at a friend's wedding, but the band is finding that the complicated knots of their friendship unravel as lovers betray one another and passions turn murderous.

When Bonnie arrives at her boyfriend's apartment in London, she is horrified to discover a dead body in a pool of blood on the floor. Instead of calling the police, she hides the corpse and obliterates any evidence she was there.

What was meant to be a summer of happiness, love, and music has turned deadly as lovers betray one another, passions have turned murderous, and friendship itself becomes a crime.

The Other Side of the Door is an intricate thriller about the temptation of secrets, the weight of lies, and the price of betrayal and suspicion. 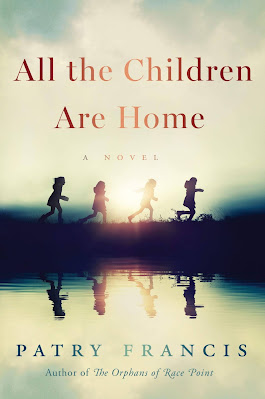 All the Children Are Home

Patry Francis is the author of The Orphans of Race Point (2014), The Liar's Diary (2010), and the blog 100 days of Discipline for Writers. She is a three-time nominee for the Pushcart Prize and has twice been the recipient of the Massachusetts Cultural Council Grant.

All the Children Are Home follows a foster family through nearly a decade of dazzling triumph and deep heartbreak. Set in the late 1950s into the '60s, the Moscatelli family, with foster parents Dahlia and Louie - and their long-term foster children Jimmy, Zaidie, and Jon - live in the Massachusetts mill town where they grew up.

When Dahlia made the decision to become a foster mother, she had a few caveats: no howling newborns, no delinquents, and more than anything, no girls. This last rule was borne out of a harrowing incident Dahlia endured years before that left her a virtual prisoner in her own home, forever wary of the heartbreak and limitation of a girl's life.

Eleven years after they begin fostering, the Moscatellis are raising the three children as their own, and Dahlia and Louie consider their family complete. That changes when the social worker begs them take a young girl who has been horrifically abused and neglected, and they can't say no.

Six-year-old indigenous girl Agnes Juniper arrives with no knowledge of herself nor her Native American heritage aside from a box of trinkets her mother gave her, as well as dreamlike memories of a sister.

It isn't long before Agnes has strengthened the bond in the Moscatelli family, showing them how to contend with outside forces that want to tear them apart. 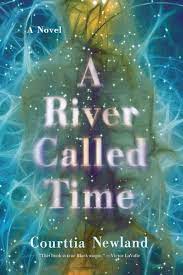 Courttia Newland is the author of seven books, including his highly-praised debut, The Scholar. In addition to his newest books, A River Called Time, which was released earlier this month Akashic Books also published his previous novel The Gospel According to Cane (paperback, $15.95, 256 pages) in 2013. Newland is also a renowned screenwriter, who penned two episodes of the Steve McQueen BBC series "Small Axe."

A River Called Time is focused on The Ark, which was built to save lives of the many, but rapidly became a refuge for the elite, its entrance closed without warning.

Years after the Ark was closed to the world, one which mirrors ours but in which slavery never existed, a chance of survival within the Ark's confines is granted to a select group of people who can prove their worth.

One of them is Markriss Denny, whose path to future excellence is marred only by a closely guarded secret. Without warning, his spirit leaves his body, allowing him to see and experience a world far beyond his physical limitations.

After Denny is inside the Ark, he discovers someone else has the same power, whose existence could spell catastrophe for humanity. Denny is forced into a desperate race to understand his abilities, and in doing so uncovers the truth about the Ark, himself, and the people he thought he once knew.