There are three new books that are quite compelling reading to dive into: Anne of Manhattan, a modern retelling of the classic Anne of Green Gables by Brina Starler; How to Kidnap the Rich, a compelling look into the elite in India by Rahul Raina; and The Hidden Palace, Helene Wecker's historical fantasy that is a follow-up to The Golem and the Jinni. 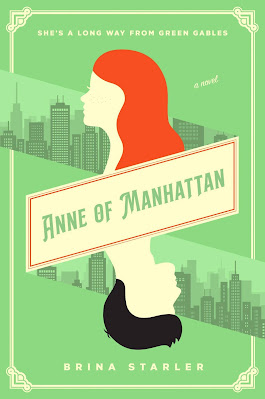 Brina Starler, who writes romance novels and romantic fiction, has created a modern retelling of the beloved classic, Anne of Green Gables. She has taken the story to Manhattan, where Anne has packed up her trunk, said goodbye to her foster parents, Marilla and Matthew, and moved to the city for grad school.

Along with her best friend, Diana Barry, Anne is ready to take on the world and find her voice as a writer. The shock of her life comes when her long-time archrival Gilbert Blythe shows up at Richmond College for their final year. Gil has been in California for the past five years, since he kissed Anne during a beach bonfire, and she ghosted him. Now, he is making clear he wants to pursue a future with Anne, but she isn't buying it.

Anne and Gil are paired with the same professor for their thesis, and the two former competitors come to a grudging peace that turns into something much deeper, and sexier than either intended. When Gil betrays her to get ahead, it just proves she was right all along.

It is up to Gil to prove to Anne that they are meant to be together, but she must come to terms with old fears if she wants a happily-ever-after with the boy she has always secretly loved.

Starler retained the elements of the classic she has brought into modern times, as Anne is her feisty and humorous self who is part of a swoon-worthy romance, making it a delightful romantic comedy for the ages. 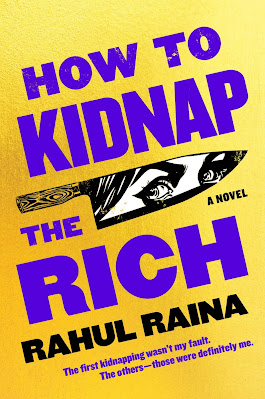 How to Kidnap the Rich

Rahul Raina runs a consultancy in England and works for charities and teaches English in India, and the twenty-eight-year old divides his time between Delhi and Oxford. How to Kidnap the Rich is his first novel, an exhilarating journey through modern-day India, in all its complexity, beauty, and squalor, as his characters evolve from being the victims of a kidnapping to becoming the kidnappers themselves.

Ramesh Kupar grew up working in his father's tea stall in the Old City of Delhi, and he is now making a lucrative living taking tests for the sons of India's elite. He takes India's national university entrance exam for a lackluster student and winds up coming in first. He sees an opportunity to cash in on his client Rudi's newfound celebrity.

Rudi is juggling his newfound stardom and job as a quiz show host, and he begins to rely heavily on Ramesh, who has not only found professional success, but also love.

Rudi and Ramesh's fame and fortune is interrupted when they're kidnapped and held in a remote house. Ramesh, in a way to outwit their captors, becomes a kidnapper himself, and leads Rudi through a maze of crimes in order to unmask their abductors while still protecting their secret.

Along the way, you see a view of India unlike any other, moving from the bottom rungs of society to the inner circles inhabited by the ultra-rich an everywhere in between. It has been optioned by HBO, was named a most anticipated book in the United Kingdom by The Daily Mail, Cosmopolitan, and Stylist. 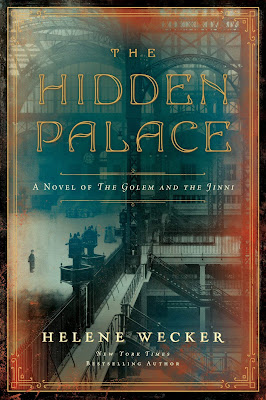 The Hidden Palace : A Novel of the Golem and the Jinni

The Hidden Palace is the long-awaited sequel to Helene Wecker's debut novel, The Golem and the Jinni (Harper, 2013), which chronicled the adventures of Chava (the golem) and Ahmad (the Jinni), who meet in lower Manhattan at the turn of the century. It was awarded the Mythopeic Award, the VCU Cabell Award, and the Harald U. Ribalow Prize, and was nominated for a Nebula and World Fantasy Award.

Chava is a woman made of clay who is able to hear the thoughts and longings of the humans around her and compelled to help them. Ahmad is a being that's made of fire, perpetually restless and free-spirited.

Chava was created as a companion to a man traveling to New York from Eastern Europe, but the man died at sea and she landed in New York Harbor utterly alone, a fish out of water who needed to care for herself in the burgeoning metropolis.

Ahmad escaped an old flask that was on a shelf in a coffee shop in lower Manhattan's Little Syria, the spot behind Trinity church that is home to the World Trade Center. Once he is released, he manifests into the shape of a man with a fiery disposition who is ill at ease in the world of humans. Ahmad meet Chava, another unlikely immigrant who spends their time walking the streets of New York, and their lives become intertwined.

The Hidden Palace is set in the lead up to World War II, and Chava and Ahmad must decide what exactly they mean to each other, all the while disguised as humans and constantly fearing they'll be exposed for who they really are.

Sophia Winston, the Park Avenue heiress, returns to the story, and her brief encounter with Ahmad left her with a strange illness that makes her shiver with cold. There are also new characters such as a tempestuous female jinni who's been banished from her tribe, as well as a little girl names Kreindel who helps her rabbi father build a golem named Yossele.

The lives of all these characters collide and interweave, while at the same time, they are dealing with the challenges of immigration and assimilation and the internal struggle between individualism and one's community.

Can Chava and Ahmad, fantastical creatures, find their niche in the human world while remaining true to each other? Or, will their own natures and desires conspire to tear them apart, especially once they encounter other creatures of their own kind?

Read the inspiration behind The Hidden Palace in this essay Helene Wecker wrote for Fantasy Book Cafe.