Books: New Novels Including "The North Face of the Heart" By Dolores Redondo

There are plenty of new novels to enjoy as we embark on a very exciting summer. In this review, we will look at The North Face of the Heart, by Dolores Redondo; The Portrait of a Mirror, by A. Natasha Joukovsky; Painting The Light, by Sally Cabot Gunning; Beneath Devil's Bridge, by Loreth Anne White; and My Ride or Die, by Leslie Cohen. 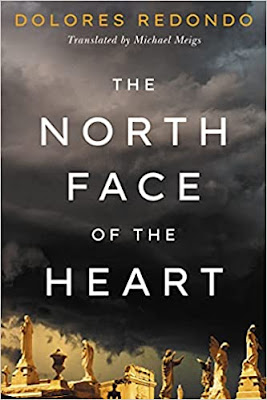 The North Face of the Heart

Dolores Redondo is an internationally bestselling author who studied law and culinary arts before writing The Baztan Trilogy (The Invisible Guardian, The Legacy of the Bones, and Offering to the Storm) and All This I Will Give To You, which earned her the 2016 Premio Planets, one of Spain's most distinguishes literary awards.

The North Face of the Heart is set in 2005 New Orleans at the time of Hurricane Katrina. Amidst the chaos that immediately followed the hurricane's arrival, the story of a search for a serial killer unfolds, and her protagonist faces evil, superstition, secret powers, and a conspiracy, all too similar to those of her isolated home village in western Spain.

It marks the return of the seasoned detective Amaia Salazar, who readers will recognize from the Baztan Trilogy. In The North Face of the Heart, Amaia is a mere assistant inspector with a provincial Spanish force, who has come to the United States to aid in the hunt of an elusive serial killer dubbed "the Composer."

Amaia had success dealing with a similar case in Spain, and FBI inspector Aloisius Dupree is intent on both manipulating her uncanny skills and on uncovering their origins. While on the case, Amaia will encounter FBI agents fro the full hierarchy of the Bureau, seasoned New Orleans policemen and their chief, disadvantaged Blacks, reclusive Cajun communities, and an eloquent Cajun healer with mystic powers.

The Composer's victims, from New Jersey to Oklahoma to Texas, are entire families annihilated in the wake of natural disasters, their bodies posed carefully amid the ruins. Amaia and Dupree track him down to New Orleans and settle down to trap him, even though what's threatening to be the worst hurricane in the city's history is imminent.

As they track the killer, Amaia receives a troubling call from her aunt back home awakens ghosts from her childhood, and memories threaten to overcome her. 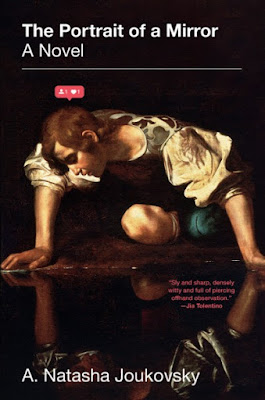 The Portrait of a Mirror

This is the debut novel from A. Natasha Joukovsky, who holds a BA in English from the University of Virginia and an MBA from NYU's Stern School of Business. She spent five years working in the art world, at the Metropolitan Museum of Art and the Philadelphia Museum of Art.

In The Portrait of a Mirror, Joukovsy has created a stunning reinvention of the myth of Narcissus as a modern novel of manners, about two young, well-heeled couples whose parallel lives intertwine over the course of a summer.

Wes and Diana are the kind of privileged, well-educated, self-involved New Yorkers you may not want to like but can't help wanting to like you. With his boyish good looks, blue-blood pedigree, and the recent tidy valuation of his tech startup, Wes would have made any woman weak in the knees, except, perhaps, his wife. Diana possesses her own set of charms, handily deployed against Wes in their constant wars of will and rhetorical sparring.

Vivien and Dale live in Philadelphia, but with ties to the same prep schools and management consulting firms as Wes and Diana, they are of the same ilk. With a wedding date on the horizon and a carefully curated life of coupledom, Vivien and Dale make a picture-perfect pair on Instagram.

When Vivien becomes a visiting curator at The Metropolitan Museum of Art just as Diana is starting a new consulting project in Philadelphia, the two couples' lives cross and tangle. It's the summer of 2015 and they are all enraptured by one another and too engulfed in desire to know what they want, even though they know just how to act. 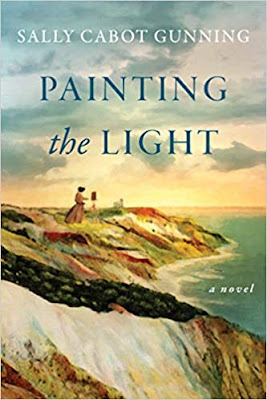 Sally Cabot Gunning is the author of Monticello, The Widow's War, and other acclaimed titles, and fans of historical fiction will appreciate this compelling new work, Painting The Light, which centers on the journey of painter Ida Russell.

Set in 1896, Isa, the vivacious daughter of a sea captain, feels stymied by the restrictions places on her as a female art student with a budding talent for watercolor painting. Ida is orphaned after losing her parents and brother in an accident at sea, and the rare opportunity she had to study art at Boston's prestigious Museum School becomes a dream deferred.

Ida seeks solace and stability in a hasty marriage to the handsome Ezra Pease and takes up residence on his seaside sheep farm on Vineyard Haven, but she has a new tragedy to confront.

A vicious storm is presumed to have swept Ezra and his business partner, Mose, out to sea, Ida is left alone once again. Ida has the responsibility of tending a farm, and she faces a web of intrigue about who actually owns Ezra's property. This is contrasted by the freedoms of learning to ride a bicycle across the island, exploring the suffragette movement, finding new love, and learning at last to find her voice as an artist by painting the light.

About Sally Cabot Gunning: A lifelong resident of New England, Gunning currently lives in Brewster, Massachusetts. She is active in local historical organizations and creates tours that showcase the three-hundred-year history of her village. She is the author of three "Satucket novels," as well as the historical novel Benjamin Franklin's Bastard and others. 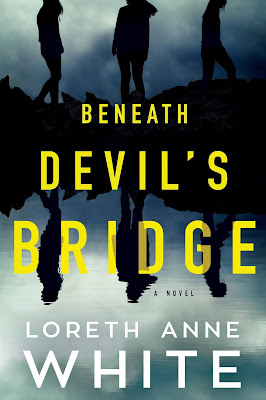 Loreth Anne White is an Amazon Charts and Washington Post bestselling author of thrillers, mysteries, and suspense. she is a three-time RITA finalist, and overall Daphne du Maurier Award winner, an Arthur  Ellis finalist, and a winner of multiple industry awards. A "recovering journalist" who has worked in South Africa and Canada, she now calls Canada home. She resides in the Pacific Northwest, dividing her time between Victoria on Vancouver Island, the ski resort of Whistler in the Coast Mountains, and a rustic lakeside cabin in the Cariboo.

In Beneath Devil's Bridge, true crime podcaster Trinity Scott is chasing breakout success, and her brand-new serial may get her there. The subject is Clayton Jay Pelley, a respected family man and guidance counselor who, over two decades ago, confessed to the brutal murder of teenage student Leena Rai.

Why Clayton killed her has always been a mystery, and in a series of exclusive interviews from prison, she discloses to Trinity the truth about what happened that night beneath Devil's Bridge. It's not what anyone in the Pacific Northwest town of Twin Falls expects

Clayon claims he didn't do it, and the question is, was he lying then, or now? As Trinity's listeners increase and ratings skyrocket, she is missing a key player in the story: Rachel Walczak, the retired detective who exposed Pelley's twisted urges and put him behind bars.

Rachel is not interested in playing Clayton's twisted game - that is, until Trinity digs deeper and the podcast's reverb widens. Then, Rachel begins to question everything she thinks she knows about the past. 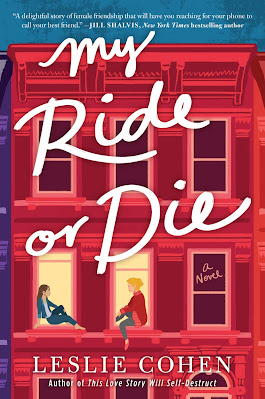 My Ride or Die

This a timely and hilarious millennial women's fiction novel about two friends who decide to give up their search for the perfect guy and devote their lives to each other.

Amanda and Sophie have been friends for over a decade, and they decide it's time to flip the script. Why not spend time with each other, and keep men on the side for fun, sex, and occasionally fixing things around the house?

A lawyer who excels in her professional life, Amanda crumbles at the slightest sign of a common cold. Sophie is an aspiring artist who has lived all over the world and doesn't crumble. Together, they have been through it all.

However, when their romantic lives implode at the same time, they decide enough is enough- time to stop pretending that traditional relationships work for everyone, and fantasizing about an old-fashioned ideal.

Amanda and Sophie decide to form an alliance, and they will rely on each other and give men the secondary role that they deserve. Much to their surprise, it actually works. They fix up a run-down brownstone and create the home they've always wanted. Soon, they have love and emotional support, as well as a wide variety of male "crushes" on the side.

When one of those "crushes" becomes something more, they must reconsider the life they've begun to build and how far they are willing to go to keep it.