With summer upon us, you might be thinking of what books to take on a trip or to read on a day at the beach. There are four new novels out that are sure to be perfect to get lost in: Sunrise by the Sea, by Jenny Colgan; What To Do When Someone Dies, by Nicci French; The Hot Summer of 1968, by Viliam Klimacek; and The Godmothers, by Camille Aubray. 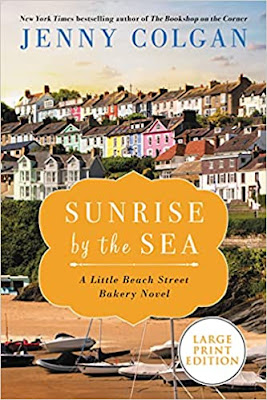 Sunrise by the Sea: A Little Beach Street Bakery Novel

Jenny Colgan is the New York Times bestselling author of numerous novels, including 500 Miles from You, The Bookshop on the Corner, and Little Beach Street Bakery. Jenny lives in Scotland, and is married with three children.

In Sunrise by the Sea, readers are taken back to the setting of the beloved Little Beach Street Bakery series in this timely and heartfelt novel that's set in a Cornish seaside village.

Marisa Rosso can't figure out why everyone else is moving on with their lives as she still struggles to get over the death of her beloved grandfather, back home in Italy. She is taking it so badly, and retreats further and further from normal life. She moves to the remote tidal island of Mount Polbearne, at the foot of Cornwall, hoping for peace and solitude, while carrying on her job as a registrar, dealing with births, weddings, and deaths, even as she feels life is passing her by.

The solitude she craves is elusive, and it's unclear if that's fortunate for her, or not. Between the noisy Russian piano-teaching neighbor, the bustle and community spirit of the tiny village struggling back to life after the quarantine, as well as the pressing need to save the local bakery, is it possible for Maria to find joy again? 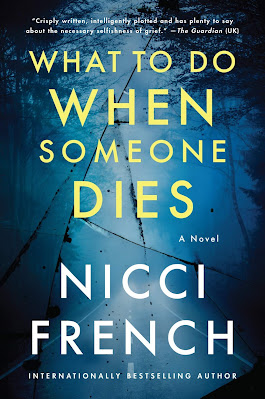 What To Do When Someone Dies

Nicci French is the pseudonym of English wife-and-husband team Nici Gerrard and Sean French, and their acclaimed novels of psychological suspense have sold over eight million copies globally.

In the standalone thriller What To Do When Someone Dies, a grieving wife is forced to ask which is worse infidelity or murder.

Ellie Faulkner's husband, Greg, dies in a car crash, destroying her world, and to make things worse, he was not alone. Milena Livingstone, a woman Ellie never heard of, was in the passenger seat.

Despite many people having suspicions, Ellie refuses to jump to conclusions and wants to find out who this woman was, and prove Greg wasn't having an affair.

It becomes clear soon that their deaths were not an accident, and Ellie's accusations of murder are possibly her way of avoiding the truth about her marriage, with the possibility of a more sinister revelation on the horizon. 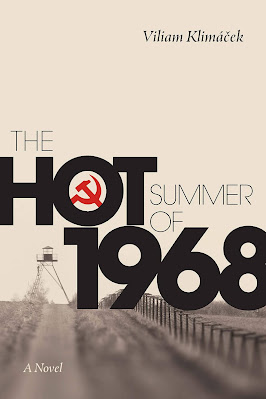 Viliam Klimacek graduated from Bratislava University's Faculty of Medicine. He co-founded the alternative theater GUanGU in 1985, and became its actor, director, and playwright. In the mid-1990s, he gave up medical practice to devote himself to the theater and writing, and became Slovakia's foremost writer and playwright.

The Hot Summer of 1968 is a remarkable story of 10 people whose lives were irrevocably affected by Prague Spring and the Soviet invasion in August 1968. That spring, the Czechoslovakian Communist Party introduced "socialism with a human face," known as "Prague Spring."

Suddenly, Slovak citizens enjoyed the freedom of the oress, an end to arbitrary wiretaps, and the right to travel without prior authorizations and visas. Their borders were opened to the West, consumer goods appeared in stores, and the winds of freedom blew over country.

In the summer, Alexander and Anna boarded their Skoda Felicia, a brand-new convertible, to join their daughter, Petra, in Bratislava, where she just finished her medical studies. Tereza is the daughter of a railway worker who survived the Holocaust and a Pravda editor who had long taken in Hungarian refugees, and she stayed in a kibbutz in Israel to reconnect with her Jewish culture. Jozef is a pastor who was defrocked for refusing to denounce parishioners to the Party, and after the "Prague Spring," he delivered his first uncensored sermons on the radio.

These reforms did not go over well with the Soviet Union, and in late August 1968, the USSR sent half a million Warsaw Pact troops and tanks to occupy Czechoslovakia and put an end to this brief experiment.

Every citizen had to make a choice to leave or stay. Thousands of Slovaks fearing retribution sled their homeland, with some escaping to Vienna, which was only an hour by train, while others went to the United States, England, Israel, South America, and Canada.

The 10 people whose stories are told her chose to leave their homeland and depart on the perilous journey seeking refuge and freedom in new countries. Some saw their families torn apart, while others lost all their possessions or were dispossessed. Like all immigrants, they had to rebuild their lives and livelihoods, and they faced similar questions of what challenges they faced, how happy they were, and would they ever be able to return home, while also becoming part of a a growing Slovak diaspora in the modern world. 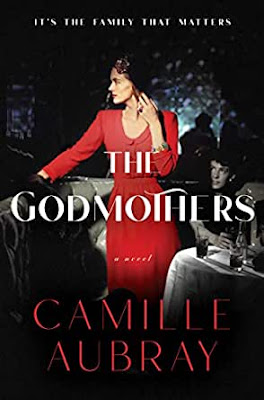 Camille Aubray is a former Edward Albee Foundation Fellowship winner and writer-in-residence at the Karolyi Foundation in the South of France. Aubray studied writing with Margaret Atwood, her memoir, at Humber College in Toronto, and was a finalist for the Pushcart Press Editors' Book Award and the Eugene O'Neill National Playwrights Conference.

Aubray's new novel, The Godmothers, focuses on women who are each very unique people and are joined through marriage to an opulent and hard-working Italian family.

Lucy is a tough Irish nurse with an adopted son, and she catches the eye of middle brother Frankie when he rents her an apartment in one of his family's many buildings.

Amie is soft spoken and dreamy, and she falls in love with Johnny after he helps her escape an abusive first husband.

Filomena, who is resourceful and level-headed, emigrates from Italy to wed Mario, the youngest son, but her path to America is shrouded in poverty and trauma.

The family's only daughter, the elegant and glamorous Petrina, graduated from Barnard College, though her formal education is a result of her worldliness rather than its provenance.

When their husbands depart for World War II in Europe, the women inherit the family real estate business, along with its dark political underbelly. They have the determination to forge an alternate future for their children, whose safety won't be dependent on the volatile figures that run the streets of New York.

However, each woman holds a secret from their former lives that jeopardizes their long game for security, and the tension of their differences threatens to unravel them.