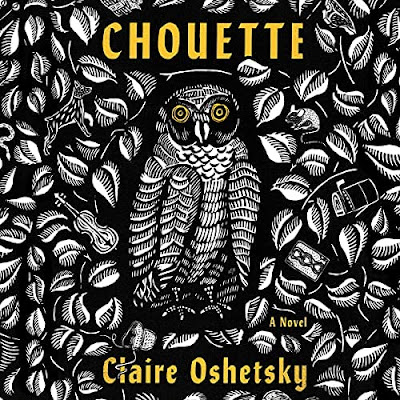 Claire Oshetsky is a novelist whose writing has appeared in Salon, Wired, and the New York Times, and she lives with her family in California.

Chouette is based on Oshetsky's own experiences raising a nonconforming child. Her daughter has certain disabilities which caused her, as a young child, to behave in ways that provoked tears and rage in her teachers. This harrowing experience of being mother to a disabled and misunderstood child was the direct inspiration for this compelling novel, a darkly funny parable of a mother-and-child bond run amok.

"It began as a memoir," Oshetsky says. "And there are still scenes in the novel that are adapted from diary entries written when my daughter was young. As memoir, though, the story never worked for me. I couldn't write my way to the truth of things.

In Chouette, Tiny is pregnant, her husband is delighted by the news, but Tiny can sense that something is different about the child she's carrying. When she gives birth to an owl-baby, her daughter is shunned and feared by all except her mother.

Left on her own to care for a child who isn't close to the sweet little girl her husband envisioned, Tiny vows to raise her daughter Chouette to be her authentic self, no matter the cost to her career, her friendships, her marriage, or her life expectancy.

Tiny has an unconditional love for her daughter, and when she discovers that her husband is on an obsessive and dangerous quest to find a "cure" for their daughter, she must decide whether Chouette should be raised to fit in or to be herself. This will help her learn what it truly means to be a mother. 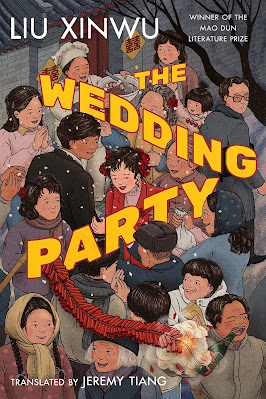 Liu Xinwu as born on June 4, 1942, in Chengdu, Suchuan Province, China, and has lived in Beijing since 1950. His short story "The Class Teacher," which appeared in People's Literature magazine in November 1977, is regarded as the first instance of China's "scar literature" genre. He was the editor in chief of People's Literature fro 1987 to 1989. Xinwu's other stories include "I Love Every Green Leaf," "Black Walls," "White Teeth," and "The Wish," and his novellas include Overpass and Little Dunzi.

The Wedding Party was published in China in 1985 and won the country's biggest fiction prize, the Mao Dun Literature Prize, It is set a pivotal point of the turmoil of the Chinese Cultural Revolution, weaves together a rich tapestry of characters, intertwined lives, and stories within stories in this day-in-the-life tale of a Beijing wedding.

Set in December 1982, the courtyard of a Beijing Siheyuan, which is a lively quadrangle of homes, begins to stir. Auntie Xue's son Jiyue is getting married today, and she is determined to make the day a triumph. This is despite Jiyue's woeful ignorance in matter of the heart and the body, and despite a chef in training tasked with the onerous responsibility of preparing the banquet.

With a cross-generational multitude of guests, from anxious family members to a fretful bridal party, not to mention exasperating friends, interfering neighbors, and wedding crashers; what will the day ahead bring?

The Wedding Party will give you a look into a day in the life of this singular city, one that is perfectly normal and extraordinary, and told in a hilarious, touching way, 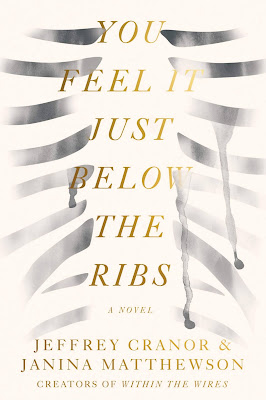 You Feel It Just Below The Ribs

By Jeffrey Cranor and Janina Matthewson

Jeffrey Cranor is the co-author, with Joseph Fink, of the New York Times bestselling novels Welcome to Night Vale, It Devours!, and The Faceless Old Woman Who Secretly Lives in Your Home. Along with Fink, he is the cowriter and producer of the Welcome to Night Vale podcast, which has over 300 million downloads in its nine-year run. He also creates theater and dance pieces with his wife, the choreographer Jillian Sweeney, and they live in the Hudson Valley.

Janina Matthewson is the author of the acclaimed novel Of Things Gone Astray, which was nominated for the International Dublin Literary Award, and the novella The Understanding of Women. She has written audio drama for the BBC and Radiotopia, with credits including Murmurs, The Cipher, and Passenger List. Originally from New Zealand, she now lives in London.

The wildly popular immersive fiction podcast that Matthewson and Cranor cowrite and produce, Within the Wires, has been downloaded nearly 6.5 million times. Their joint Twitter and Instagram handles are @withinthewires.

That podcast is the inspiration for You Feel It Just Below The Ribs, a rich fictional autobiography about the intertwining of human connection and deception.

A manuscript is discovered under the floorboards of an attic room in Stockholm, and it is the life story of Dr. Miriam Gregory. It is about growing up during The Great Reckoning, a sprawling, decades-long war that nearly decimates humanity and strips her of friends and family.

Wracked by grief and loneliness, Miriam emotionally exiles herself, avoiding relationships or allegiances, and throws herself into her work, a disengagement that serves her well when the war finally end, and The New Society arises in its wake. To ensure a lasting piece, The New Society forbids tribal loyalties, including traditional families.

Miriam is a prominent psychologist and researcher at heart, so she is tasked with leading this detachment process.

However, the bold claims the manuscript makes cannot be corroborated, and that raises disturbing questions about their very authenticity. An unnamed editor adds context to the text through an introduction, epilogue, and footnotes throughout, which casts doubt on Miriam's account.

Is this autobiography a sincere confession or is it a fabrication, set against the backdrop of reality? The reader has to decipher what's "real" and who's "right."

This book is set in a twentieth century alternate history, but it involves topical themes a reader now can relate to, such as the tension between security and freedom, acts of government removing children from their families, and consequences of whistleblowing. This disturbing alternate world seems eerily within reach and allows readers to examine the difficult choices necessary to survive within it.