New Novels From Around The World

This review of fascinating new works of fiction focuses on stories from here and abroad, starting with The Dangers of an Ordinary Night, by Lynne Reeves, set in Boston, and then to the north in Canada, we look at How To Murder A Marriage, by Gabrielle St. George. The Easy Life In Kamusari, by Shion Miura, is in Japan and its central theme is the interplay between ancient and modern cultures. The Other Man, by Farhad J. Dadbyburjor, is set in India and is about a man coming to terms with his identity. A Conspiracy of Mothers, by Colleen Van Niekerk, is about a mother in apartheid South Africa searching for her missing daughter, who she hoped to reconnect with. 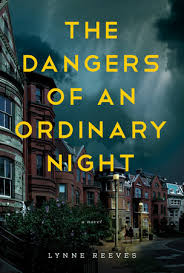 The Dangers of an Ordinary Night

Lynne Reeves (Griffin) is an internationally recognized family counselor, public speaker, teacher, and writer of fiction and non-fiction. Her work has appeared in Parents, Psychology Today, and Solstice Literary Magazine. She writes her novels of domestic suspense as Lynne Reeves, and her novels that are family-focused are written as Lynne Griffin, and they include, Life Without Summer, Sea Escape, and Girl Sent Away.

For The Dangers of an Ordinary Night, Reeves draws on three decades of expertise as an internationally recognized school and family counselor, as well as her lifelong passion for theatre. This twisty and affecting thriller combines a meticulously constructed crime story with a devastating domestic drama about the blind spots in our most precious relationships.

On a chilly fall evening at the prestigious Performing Arts High School of Boston, best friends Tali Carrington and June Danforth go missing after an audition. Two days later, in a town south of Boston, Talis is disoriented and traumatized by the edge of the ocean, while June is pronounced dead at the scene.

Nell, Tali's mother, is determined to protect her daughter from further emotional trauma, and dismisses the rumors of her husband's involvement and enlists the help of Cynthia Rawlins, a briliant reunification therapist who is struggling with her own pain.

While this is happening, Detective Fitz Jameson uncovers a criminal undertow involving the high school's overachieving students and finally sees and opportunity for personal redemption from a secret that has haunted him for years.

As Nell, Cynthia, and Fitz confront the consequences of their past decisions, they must also determine the lengths to which they're wiling to go to protect the people they love, as well as save themselves.

This book is perfect for book clubs, as readers will be called upon to examine what is the deepest mystery of family life, why we often hide our private struggles from the people we love most.

Reeves explains, "With this novel, I wanted to explore the impact of addiction and betrayal on relationships. As a counselor working with families, I see the ripple effects of addiction on partners and children. I wanted to explore this reality through a fictional lens in hopes that the characters' struggles will resonate with what readers may be going through in their own lives." 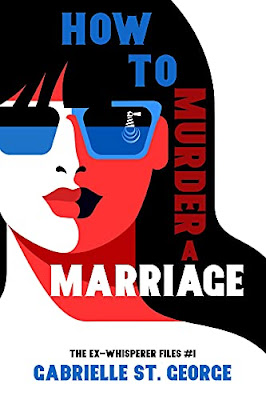 How To Murder A Marriage

Gabrielle St. George is a Canadian screenwriter and story-editor with credits on over 100 produced television shows, in both the United States and Canada. Her scripted film scripts have been optioned in Hollywood. St. George writes humorous mysteries and domestic noir about subjects of which she is an expert, mostly failed relationships, which includes her debut soft-boiled series, The Ex-Whisperer Files, which launches with How To Murder A Marriage.

One phenomenon St. George knows well is the question, Life may imitate art, but what happens when life imitates art imitating life?

In order to step into the shoes of her main character, Gina Malone, a relationship advice columnist and author of several bestselling books, St. George wrote actual self-help guides under the guise of her character, the Ex-Whisperer, and the books didn't take long to draw a following online. They have become so popular that Level Best is also publishing them in print this fall as The Gal Guide Series, which includes How to Say So Long to Mr. Wrong, How to Know if He's Having an Affair, and How to Survive the Love You Hate to Love.

How To Murder A Marriage is centered on the expert on Exes herself, Gina Malone, who's divorced, an empty nester, and nearing her 50th birthday. She has sold her home in Toronto and is  moving to the tiny tourist town near Lake Huron where she grew up.

Just as she is trying to settle peacefully into her new life, Gina advises a reader to leave her husband right before the woman goes missing. She also has a stalker, but does not know if it's her vengeful ex-husband, the abusive ex of the missing woman, or her new crush's crazy ex.

All three lunatics would love to get her alone in some dark and deserted place, which isn't tough to do since her new residence is an old family cottage she's renovating on an empty stretch of a beach. Two of the shadow lurkers are extremely annoying, while one of them is life-threatening. Gina needs to figure out how to evade them and expose them to the authorities - and decide whether to fall into bed with her new contractor. When it comes to both issues, Gina is grateful she has been disciplined with her gym workouts.

While there may not be actual murder, there is a lot of humor, heart, and fun. Gina is smart, sassy, has a potty mouth, and she is determined to live her life on her own terms. Her character will resonate with women "if a certain age" who are working to discover their identity and their power after divorce, after their kids grow up, and as they navigate other major life transitions. 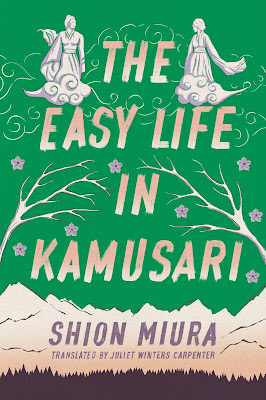 The Easy Life In Kamusari

Shion Miura is an award-winning and world-renowned Japanese author known for her fiction debut with Kakuto suru mono ni maru (A Passing Guide for Those Who Fight) in 2000, and The Great Passage, which was released in 2011.

The Easy Life In Kamusari, which was translated into English by superb veteran translator Juliet Winters Carpenter, is the first book in Miura's new Forrest series. It is an uplifting and absorbing story that is both simply told and full of beauty and depth. It is a fascinating introspection into how the ancient and traditional worlds meet the modern and contemporary way of life.

Yuki Hirano is just out of high school, and he is enrolled by his parents - against his will - in a forestry training program in the remote mountain village of Kamusari. It is a small inviting community where the most common expression is "take it easy," and the twist is that there is no phone, no internet, and no shopping.

Kamusari is the last place a boy from Yokohama wants to spend a year of his life. Yuki at first is exhausted, fumbles with the tools, asks silly questions, and feels like an outcast. As resistant as he might be, the scent of the cedars and the staggering beauty of the region have a distinctive pull.

Yuki learns to fell trees and plant saplings, and eventually begins to embrace local festivals, is mesmerized by the legends of the mountains, and he might be falling in love.

As he learned to respect the forest on Mt. Kamusari for its majestic qualities and its inexplicable secrets, Yuki develops an appreciation for Kamusari's harmony with nature and its ancient traditions. 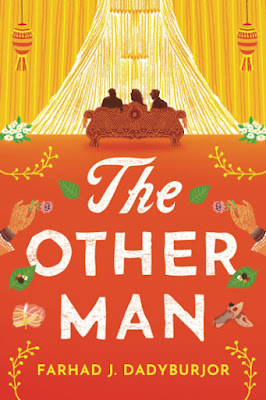 Farhad J. Dadbyburjor has been an entertainment and lifestyle journalist for over twenty years. Born and raised in Mumbai, India, he has held several senior editorial positions, including at DNA newspaper, as launch editor of international men's magazine FHM, and currently at The Leela Magazine. His debut novel, How I Got Lucky, as a satire on India's celebrity culture that was hailed as "racy, sexy, and riotous" by Vogue India.

The Other Man is Dadbyburjor's newest novel, a heartwarming and transporting romantic comedy about finding happy ever after on your own terms.

Ved Mehra is the heir to his father's Mumbai business empire, and he has money, looks and status. He is also living as a closeted gay man. Ved is 38 years old, still reeling from a breakup, and under pressure for his exasperated mother, so he agrees to an arranged marriage.

Ved regrettably now faces a doomed future with the perfectly lovely Disha Kapoor, and his life is turned upside down when he meets Carlos Silva, an American on a business trip in India.

As preparations for his wedding get into full swing, Ved finds himself drawn into a relationship he could never have imagined, and he is ready to take a bold step. Ved is set to embrace who he is and declare his true feelings regardless of family expectations and staunch traditions.

With his engagement party just days away, and with so much at risk, Ved will have to fight for what he wants, if it is not too late to get it. 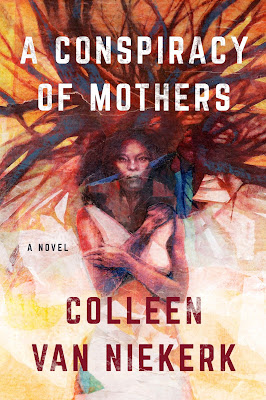 A Conspiracy of Mothers

Colleebn Van Niekerk was born and raised in Cape Town, South Africa, and now lives in Vancouver, Canada. A Conspiracy of Mothers is her debut novel, a compelling story of three mothers whose lives intersect during a generation-defining period in South Africa's history.

Set in 1994, South Africa is in political turmoil as its first democratic election looms. With a backdrop of apartheid and racial violence, traumatized artist Yolanda Petersen returns from the Appalachian foothills to the land of her youth at the behest of her mother.

While there, Yolanda longs to reconnect with her estranged daughter, Ingrid - the product of an illegal mixed-race affair with a white man - but she is missing. Yolanda quickly discovers that she isn't the only woman in Cape Town desperate to protect her own.

Ingrid's very existence is proof of a white man's crime, and that man's mother will do anything, even as far as kill, to ensure the truth remains buried.

A Conspiracy of Mothers tells a gripping story of love and betrayal form multiple perspectives while deftly balancing the painful legacy of apartheid with the trials of motherhood.