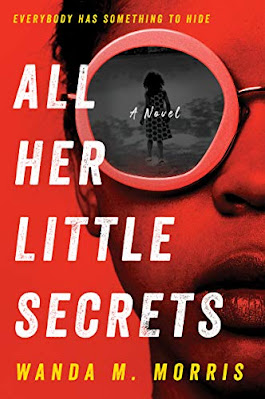 All Her Little Secrets

Wanda M. Morris, an accomplished presenter and leader, is a corporate attorney who has worked in the legal departments for many Fortune 100 companies. She has previously served as President of the Georgia Chapter of the Association of Corporate Counsel and founded its Women's Initiative, an empowerment program for female in-house lawyers.

Morris is an alumna of the Yale Writers Workshop and Robert McKee's Story Seminar, and a member of Sisters in Crime, Mystery Writers of America, and Crime Writers of Color.

All Her Little Secrets is a fast-paced thriller about a black lawyer who gets in over her head after the sudden death of her boss. One thing that becomes clear is everyone has something to hide.

Ellice Littlejohn seems to have it all: an Ivy League law degree, a well-paying job as a corporate attorney in midtown Atlanta, great friends, and a relationship she describes as "for fun" with her white boss, Michael, a rich, charming executive.

Everything changes one cold January morning when Ellice goes to meet Michael, and finds him dead with a gunshot to his head. She then walks away like nothing has happened, and the reason why is because she has been keeping a cache of dark secrets, including a small-town past and a kid brother who has spent time on the other side of the law.

Instead of grieving this tragedy, people are gossiping, the police have their suspicions, and Ellice, who is the company's lone black attorney, is promoted to replace Michael. While she recognizes it's a once-in-a-lifetime opportunity, she can't shake the feeling that something is off.

When Ellice uncovers shady dealings inside the company, Ellice is trapped in an impossible ethical and moral dilemma. Her past and presents collide as she launches into a pulse-pounding race to protect the brother she tried to save years ago and stop a conspiracy far more sinister than she could have ever imagined. 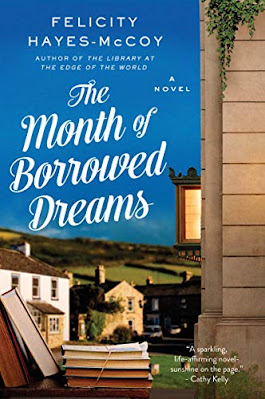 The Month of Borrowed Dreams

Irish author Felicity Hayes-McCoy had a successful career based in the United Kingdom as an actress and writer, working in theatre, music theatre, radio, television, and digital media. She is the author of a pair of memoirs, A Woven Silence: Memory, History & Remembrance, and Enough Is Plenty: The Year on the Dingle Peninsula.

The Month of Borrowed Dreams is the fifth book of the Finfarran Peninsula series, set on Ireland's west coast, complete with blue skies and warm days.

Hanna Casey, a Lissbeg librarian, is starting a cinema club, showing movies based on popular novels, but turmoil is lurking as her family and friends face new challenges and possibilities. The whole Finfarran cast is back, and as the cinema club prepares for their first meeting of the summer, they all will face difficult choices.

Felicity's Irish spirit is palpable, and she expertly weaves themes like family, relationships, home, and community. It offers a strong sense of place, transporting readers to the geography, community, and culture of contemporary Ireland.

In this excerpt, Hayes-McCoy writes: "From her seat to one side Hanna could see in two directions. To her right, the front row of faces was tilted upwards, visible in a spill if steel grey light. To her left, the boy walked into silver water. The sound of it moving against his legs could be heard above the music, which pulled and tugged like the sluggish waves tat rolled onto the beach. A camera on a tripod stood on the sand, and out to sea a distant ship was waiting, half lost in a shimmering heat haze.

The sun burned in the sky. The boy was as slender as a birch switch or as gaunt as a famine victim. When the waves reached the tops of his thighs he turned and looked back. You couldn't see his face. He was only a figure washed with shining light, looking back from a distance, inviting the watcher to follow him. As the music rose and fell like the sea, the words of a folk song hung in Hanna's mind.

I wish I was on yonder hill

'Tis there I'd sit and cry my fill,

And every tear would turn a mill...

Her eyes flicked right, towards the audience. Each face had the same rapt expression and wide eyes.

On the screen, the boy bent one arm and put his hand on his hip. Standing in profile, he slowly raised the other arm and held it out, a dark smudge against the haze. Then, curling his fingers, he cupped the burning eye of the distant sun. The classical music swelled, then ebbed.

I wish I had my hear again,

And vainly think I'd not complain...

Back on the beach, the watching man slumped sideways. Tugged by a restless wind, figures from earlier scenes came and went about his lifeless body. Then the yearning music took over and the film came to an end.

The screen went black as a long list of names scrolled upwards. Actors, cameramen, and assistants, dressers, and makeup artists. People who had told the story from all its different angles: in light and paint and movement; in fabric, music, and sound. In the spaces that were filled and those that had been deliberately left empty. In what was spoken and all that remained unsaid.

When Conor flicked a switch and the lights came on, the reading room in the library was totally still. Then someone coughed, and people began to turn in their seats or reach into their handbags. You could hear phones being switched on, and murmured conversation. And the inevitable sounds of ripped foil and crumpled paper, as Ann Flood from the pharmacy opened a double Chunky KitKat.