Akashic Books, a publisher located right here in Brooklyn, New York, and LyricVerse have collaborated on a children's picture book collection called LyricPop. Two new releases in this incredible collection are based on Otis Redding's classic "(Sittin' on) The Dock of the Bay" and Tim McGraw's "Humble and Kind." 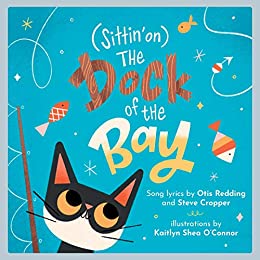 (Sittin' on) The Dock of the Bay

One of the most recognizable songs ever is "(Sittin' on) The Dock of the Bay," one of the last recorded by Otis Redding. It won two Grammys, was certified triple-platinum, and ranked number four on Billboard's year-end Hot 100 chart.

Who doesn't know it the second the King of Soul soulfully opens the song, "Sittin' in the morning sun; I'll be sittin' when the evening comes; Watching the ships roll in; Then I'll watch 'em roll away again, yeah..."

The lyrics were written by Redding and Steve Cropper, and the illustrations of this wonderful picture book were done by Kaitlyn Shea O'Connor.

It imagines a lonesome cat fishing off a dock and hoping the fish will bite soon, a perfect story for parents to share with their  children as they learn about one of the greatest songs ever.

The Otis Redding Foundation: Redding was dedicated to improving the quality of life for his community through the education and empowerment of its youth. He provided scholarships and summer music programs which continued until his untimely death on December 10, 1967. The Otis Redding Foundation was established in 2007. Today, its mission is to empower, enrich, and motivate all young people through programs involving music, writing, and instrumentation. To learn more, visit otisreddingfoundation.org. 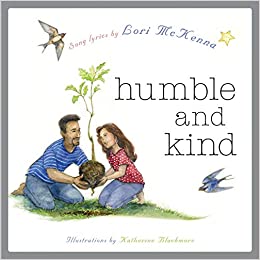 This is a picture book based on Lori McKenna's song, which was popularized by Tim McGraw. McKena later recorded the song on her ninth studio album, The Bird and the Rifle.

This song opens with such a simple, beautiful message: "Hold the door, say please, say thank you; Don't steal, don't cheat, and don't lie; I know you got mountains to climb but Always stay humble and kind..."

Katherine Blackmore's loving and tender illustration tells the story of a family who is striving to remain humble and kind. We see their daily lives as they find different ways to lend a hand to each other and to their broader community.

These touching scenes of familial relationships will teach adults and children alike the power of family while introducing them to this beautiful song.