Books: A Tale Of True Crime & Novels Filled With Intrigue

In this extended book review, we will take a look at three new books that are sure to intrigue. Maniac: The Bath School Disaster and the Birth of the Modern Mass Killer, by Harold Schechter, focuses on one of the worst mass murders in American history when a school was bombed. The novel The Windsor Knot: Her Majesty the Queen Investigates: Volume Number 1, by SJ Bennett, centers on Queen Elizabeth investigating a murder in the castle. The Phone Booth at the Edge of the World, by Laura Imai Messina, tells the incredible story of how people attempted to communicate to loved ones lost in the 2011 Japanese tsunami, based on true story. 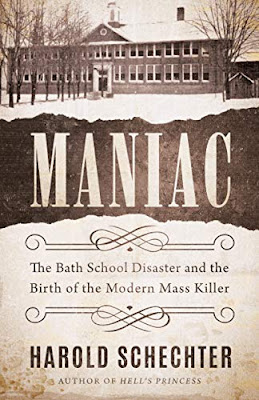 Maniac: The Bath School Disaster and the Birth of the Modern Mass Killer

Harold Schechter, a professor emeritus at Queens College, is an American true-crime writer who specializes in serial killers. He has twice been nominated for the Edgar Award, and is the author of books including The Mad Sculptor, The Serial Killer Files, and the Amazon Charts and Washington Post bestseller Hell's Princess: The Mystery of Belle Gunness.

In the new thriller Maniac, Schechter unearths a nearly forgotten true crime of obsession and revenge, one of the first, and worst, mass murders in American history.

In 1927, the vast majority of residents in the township of Bath, Michigan, were celebrating a new primary school, one of the most modern in the Midwest.

Andrew P. Kehoe, the local farmer and school board treasurer, had other ideas. He was a respected and accommodating neighbor and friend, but behind that ordinary demeanor was a narcissistic sadist filled with rage, resentment, and paranoia.

On May 18, 1927, he detonated a set of rigged explosives with the sole purpose of destroying the school and everyone in it. Thirty-eight children and six adults were murdered that morning, culminating in the deadliest school massacre in United States history. 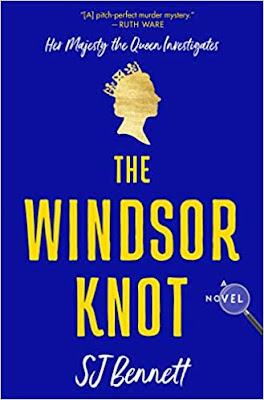 The Windsor Knot: Her Majesty the Queen Investigates: Volume Number 1

In the early spring of 2016, Queen Elizabeth is at Windsor Castle in advance of her 90th birthday celebrations, but the preparations are interrupted when a guest is found dead in one of the Castle's bedrooms.

The guest was a young Russian pianist, and the scene suggests he strangled himself. However, a badly tied knot leads MI5 to suspect foul play. The Queen leaves the investigation to the professionals, but only up until their suspicions point them in the wrong direction.

The monarch, unhappy at the mishandling of the case and concerned for the morale of her staff, decides to discreetly take matters into her own hands. She received help from her Assistant Private Secretary, Rozie Oshodi, a British Nigerian and recent officer in the Royal Horse Artillery to carry out her secret inquiries.

Elizabeth continues to carry out her royal duties with her usual aplomb, meaning no one in the Royal Household, the government, or the public knows that the resolute Elizabeth will use her keen eye, quick mind, and steady nerve to bring a murderer to justice. 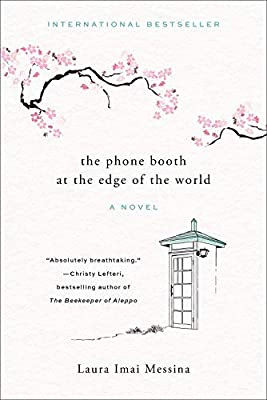 The Phone Booth at the Edge of the World

Laura Imai Messina has made her home in Japan for the past 15 years and works between Tokyo and Kamakura, where she resides with her Japanese husband and two children. The Phone Booth at the Edge of the World is her English-language debut, translated from the Italian, and released just as the 10th anniversary of the Japanese tsunami is upon us.

NPR's This American Life aired a compelling episode in September 2016 called "One Last Thing Before I Go" about a phone booth in Japan that became a place of pilgrimage and solace after the 2011 tsunami. In the episode, a television crew records some of the thousands of people making calls to family and friends lost in the disaster, from a "wind" phone connected to nothing at all.

Based on this "real" phone booth, Messina wrote a moving and unforgettable international bestseller about grief, mourning, and the joy of survival. The story focuses on Yui, who after losing both her mother and daughter in the tsunami, begins to mark the passage of time from that date, March 11, 2011, onward.

Yui's life has been overtaken by grief, and she struggles to continue on, alone with her pain. Then, she hears about a man who has an old unused telephone booth in his garden. It is there that those who have lost loved ones find the strength to speak to them and begin to come to terms with their grief.

As news of this phone booth spreads, people travel to it from miles around, and Yui is one of the many to make the pilgrimage. Whe she arrives, she cannot bring herself to speak into the receiver, but instead, she finds Takeshi, a bereaved husband whose own daughter has stopped talking in the wake of her mother's death.

At times both heartbreaking and heartwarming, The Phone Booth at the Edge of the World shows what healing can come in the wake of tragedy.