Books: Remarkable New Novels To Enjoy On A Spring Afternoon

Spring has arrived in New York City, and there is a quartet of new books that would be perfect to read as you enjoy an afternoon in the park: The Consequences of Fear, by Jacqueline Winspear; The Vietri Project, by Nicola DeRobertis-Theye; The Little French Bridal Shop, by Jennifer Dupee; and Sparks Like Stars, by Nadia Hashimi. 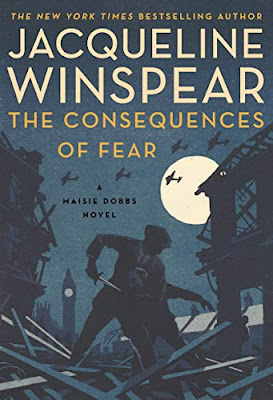 The Consequences of Fear: A Maisie Dobbs Novel

This compelling work is the 16th installment of the Maisie Dobbs series, and in this one we find that what the psychologist and investigator find could have disastrous effects.

Set in October 1941, Europe is bending under the weight of German might. In London, daily bombing raids have made it perilous to move around town, yet along the Londoners "doing their bit" to aid the war effort are fleet-footed boys who run messages for government offices while dodging debris and aerial raids.

On one of those errands, a runner named Freddie Hackett spots two men arguing in an alley. As the child of a violent father, he is anxious not to be seen when the disagreement escalates. While hiding in a doorway, he is certain he sees a brutal murder committed by a man with a distinctive scar. Freddie, though reeling, runs to finish his delivery, and is greeted at his destination by the scarred man.

It will take Maisie Dobbs help Hackett. After the police dismissed him, he turned to Maisie, who he had met on another message run. Dobbs believes him, but she has trouble untangling what he might have seen. Initially, she approaches it as a separate case for her agency, but images and coincidences from Hackett's case keep shadowing her own ultra-secret war work, an assignment with the Special Operations Executive.

Maisie's remit is to assess the suitability of candidates for crucial yet dangerous work with the French resistance, a role that's beginning to compromise her integrity. At a training retreat, she is introduced to a powerful man with a telling facial scar. As she begins to did deeper, a link to the unquiet circumstances of a guerilla war is revealed.

Winspear has ofren drawn on her own family's wartime experiences, and Freddie Hackett is inspired by the role her father was obliged to take on a take on as a boy, running messages across war-torn London. Her novels tell the story of everyday life far from the front lines, and the trauma adults and children suffer while living under the extraordinary strain of conflict. 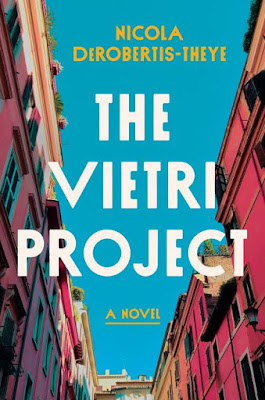 In this debut novel from Nicola DeRobertis-Theye, a search for a mysterious customer in Rome leads a young bookseller to confront the complicated history of her family, and that of Italy itself.

Gabriele is working at a bookstore in Berkeley, and has become intrigued by the orders of signor Vietri, a customer from Rome whose numerous purchases grow increasingly mystical and esoteric. She becomes restless and uncertain of the future, and heads to Rome and looks for Vietri.

Unable to locate him, Gabriele begins a quest to unearth the well-concealed facts of his life. She follows a trail of obituaries and military records, a memoir of life in a village forgotten by modernity, and the court records of a communist murder trial.

Gabriele then meets an eclectic assortment of the city's inhabitants, from the widow of an Italian prisoner of war to members of a generation set adrift by the financial crisis. Each encounter draws her unexpectedly closer to her own painful past and complicated family history - an Italian mother diagnosed with schizophrenia and institutionalized during her childhood, and an extended family in Rome still recovering from the losses and betrayals in their past.

Through their voices and histories, Gabriele discovers what it means to be a person in the world, a member of a family, and a citizen of a country. Reconciling these stories may be the key to understanding her own tale. 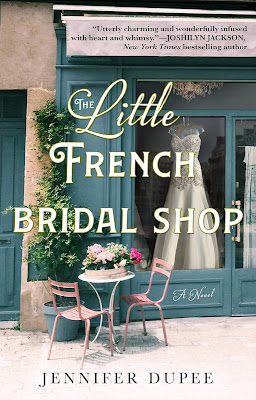 Jennifer Dupee is the eldest of a set of fraternal triplets, and she grew up seeking any quiet corner of the house so that she could read, write, and work on puzzles. Her life-long passion for old houses inspired Elmhurst, the grand home featured in her debut novel The Little French Bridal Shop.

Another inspiration for this deeply thoughtful work came as an outgrowth of losing her mother to breast cancer when she was 24 years old, and she strove to capture the feelings of loss of identity, disorientation, and confusion that consume a person, even an adult, who becomes a caretaker of their ailing parent.

In The Little French Bridal Shop, Larisa Pearl returns home to her insular seaside hometown in Massachusetts to manage Elmhurst, the historic home left to her by her late aunt, who recently passed away.

One day, Larisa strolls into the town's local bridal shop on a whim and, seemingly out of nowhere, buys a dress. This comes even though she is not engages and is unsure if she wants a future with her boyfriend.

Word spreads around town that she is getting marries, and rather than dispelling the rumor, she chooses to perpetuate the lies, which escalate into a tangled web that confounds and hurts her parents and friends. This is also while Larisa is struggling to cope with her mother's worsening dementia; it's only when she can cope with her mother's fragile future that she is able to straighten out the chaos of her life.

This book is a unique one in that it focuses on dementia from the view of the caretakers and family members of the person with the disease. It is a work that will resonate with readers who have faced, or are facing, profound changes in the relationships they have with their aging parents. 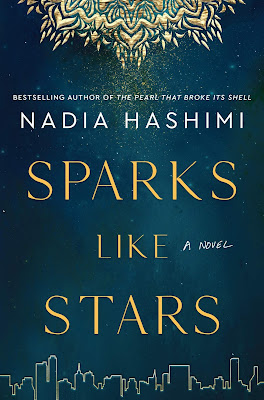 Nadia Hashimi is a pediatrician and the author of three bestselling novels. parents left Afghanistan in the 1970s, before the Soviet invasion. In 2002, Hashimi visited Afghanistan for the first time with her family, and she currently lives in Washington, D.C. with her husband, an Afghan-born neurosurgeon, and their four children.

In Hashimi's new book, Sparks Like Stars, Sitara Zemani lives a privileged life in Afghanistan's thriving cosmopolitan capital, Kabul, as the daughter of a prominent family. The 1970s was a time of remarkable promise in Afghanistan, as the country was led by Sardar Daoud, the country's progressive president, and his right-hand man, Sitara's father.

10-year-old Sitara's world is shattered in an instant when communists stage a coup and assassinate the president and Sitara's entire family, leaving her as the lone survivor.

Sitara is smuggled out of the palace by a guard names Shair, and she finds her way to the home of a female American diplomat who adopts her and raises her in America. In her new country, Sitara takes on a new name, Aryana Shepherd, and throws herself into her studies, eventually becoming a renowned surgeon.

Jump ahead to 2008 in New York City, and Aryan's world is turned upside down again when an elderly patient arrives in her examination room, a man she never thought she would see again. It is Shair, the soldier who saved her, but might have killed her entire family.

The sight of him brings back Aryana's anger and search for answers, as well as thoughts of revenge. Realizing that she cannot continue without finding the truth, Aryana embarks on a quest that takes her back to Kabul - a battleground between the corrupt government and the fundamentalist Taliban - and shadowy memories of the world she loved and lost.

This story is one of home, of America and Afghanistan, two countries that will be forever linked by the War on Terror, and it will bring out so many emotions, as it is heartbreaking, yet hopeful.