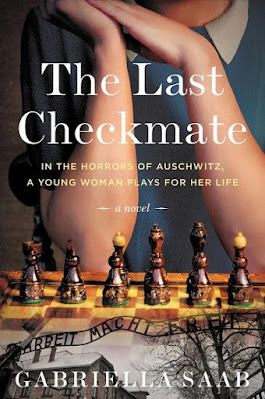 The Last Checkmate: Amid The Horrors of Auschwitz, A Young Woman Plays For Her Life

This is the debut novel from Gabriella Saab, 25 years old and a graduate of Mississippi State with a Backer of Business Administration in marketing who now works in various jobs, including teaching barre classes.

This compelling novel is centered on a young Polish resistance worker who is imprisoned in a concentration camp and is challenged to chess by an SS Officer. Winning it would save her life.

Saab traveled to Warsaw and Auschwitz to dig deeper into the experiences and setting of those who lived there to answer the question, "If a woman had been sent to Auschwitz in 1941, how might she have been spared execution and what might she have done to fight for survival?"

There also was extensive research of the Polish resistance, the prisoner resistance movement, and the Women's Orchestra of Auschwitz, and that is all woven into Saab's storytelling.

Maria Florkowska is a a member of the Polish underground resistance in Nazi-occupied Warsaw, making her ayoung woman wise beyond her years, as well as a daughter and an avid chess player.

When she is captured by the Gestapo, she is imprisoned in Auschwitz, but while her family is sent to their deaths, she is spared. When it is discovered that she plays chess, Karl Fritzch decides to use her as a chess opponent to entertain the camp guards.

However, once Karl tires of exploiting her skills, he intends to kill her. Maria is befriended by a Catholic priest as she attempts to overcome her grief, vows to avenge the murder of her family, and plays for her life.

For the next four grueling years, her strategy is simple, to Live, Fight, Survive. By clearly provoking Fritzch's volatile nature in front of his superiors, Maria intends to orchestrate his downfall. Only then will she have a chance to evade the fate awaiting her and see him punished for his wickedness.

As her plan is carried our and the war is nearing its conclusion, she challenges her former nemesis to one final game. It is certain to end in life or death, in failure or justice - if Maria can bear to face Fritzsch one last time.

Here is a look at two other books on strong women during World War II that were released earlier this year that you might be interested in: The Dressmakers of Auschwitz, by Lucy Adlington, and The Note Through The Wire, by Doug Gold. 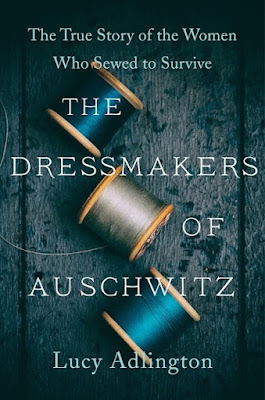 The Dressmakers of Auschwitz: The True Story of the Women Who Sewed to Survive

Lucy Adlington is a British novelist and clothes historian with more than twenty years' experience researching social history and writing fiction and nonfiction.

In this true story, Adlington has written a powerful chronicle of the women who used their sewing skills to survive the Holocaust, stitching together beautiful clothes at an extraordinary fashion workshop created within one of the most notorious World War II death camps.

With the Holocaust at its peak, twenty-five young inmates of the infamous Auschwitz-Birkenau concentration camp - comprised mostly of Jewish women and girls - were selected to design, cut, and sew beautiful fashions for elite Nazi women in a dedicated salon. It was work they hoped would spare them from the gas chambers.

This fashion workshop, the Upper Tailoring Studio, was established by Hedwig Hoss, the camp commandant's wife, and patronized by the wives of SS guards and officers. The dressmakers produced high-quality garments for SS social functions in Auschwitz, and for ladies from Nazi Berlin's upper crust.

Adlington interviewed the last surviving seamstress, as well as other diverse sources, to follow the fate of these brave women. Their bonds of family and friendship helped them endure persecution, and it also played their part in camp resistance.

The dressmakers' remarkable experiences are weaved within the context of Nazi policies for plunder and exploitation by Adlington to expose the greed, cruelty, and hypocrisy of the Third Reich and offers a fresh look at a little-known chapter of World War II and the Holocaust. 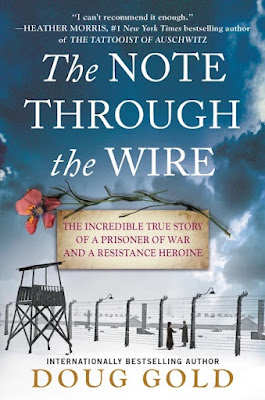 The Note Through the Wire: The Incredible True Story of a Prisoner of War and a Resistance Heroine

Doug Gold is a retired broadcaster who had a passion for historical and fact-based stories. He is the author of Fun Is a Serious Business, a nonfiction account of More FM's David-versus-Goliath success story, and resides in Wellington, New Zealand, with his wife, Anemarie.

The Note Through the Wire is a real-life, unlikely romance between a resistance fighter and prisoner of war set in World War II Europe.

In the heart of Nazi-occupied Europe, Josephine Lobnik, a Yugoslav partisan heroine, and Bruce Murray, a New Zealand soldier, meet fleetingly in a chance encounter and discover love in the midst of a brutal war.

Josephine is determined to vanquish the enemy, while Bruce is a prisoner of war longing to escape the confines of the camp so he can battle again. There is a crumpled note that passes between these two strangers and is slipped through the wire of the compound, and it sets them on a life-changing course.

Their remarkable love story survived against all odds, and woven into it are tales of great bravery, daring escapes, betrayal, torture, and retaliation.

Doug Gold is their son-in-law, and he decided from the moment he heard it to tell this extraordinary account of two ordinary people who found love during the unimaginable hardships of Hitler's barbaric regime. It is a story of bravery, resilience, and resistance that is sure to inspire.